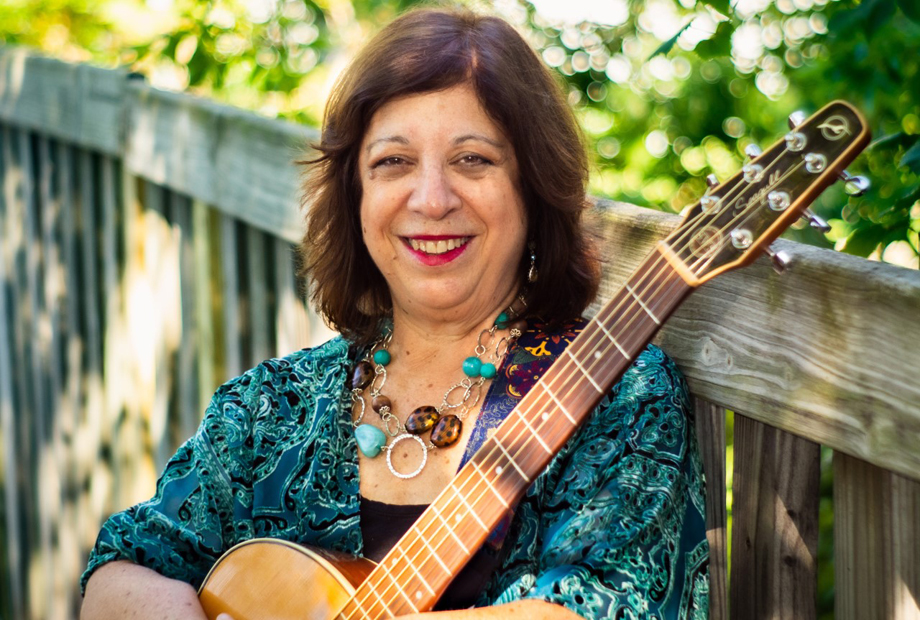 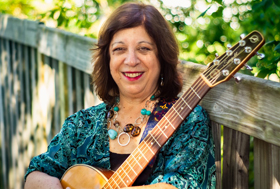 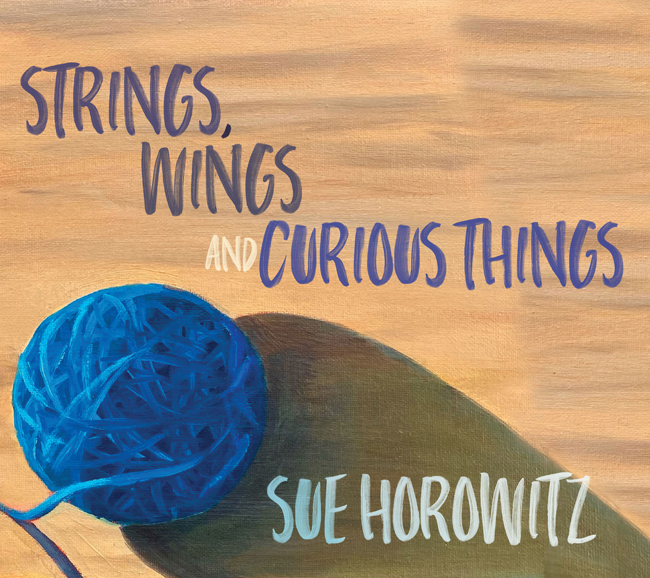 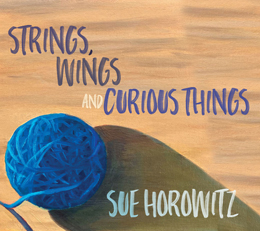 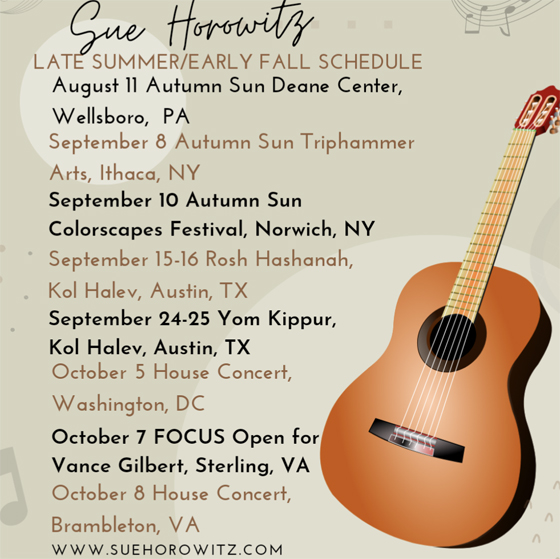 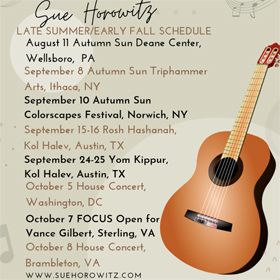 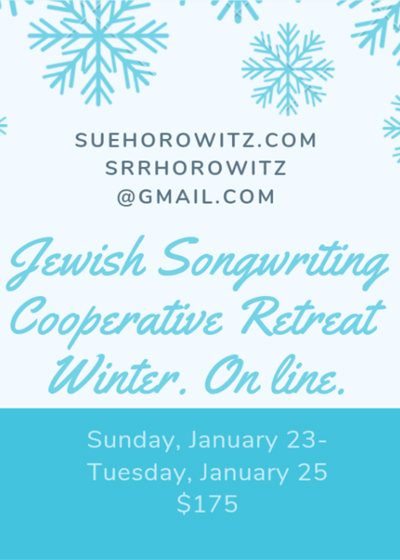 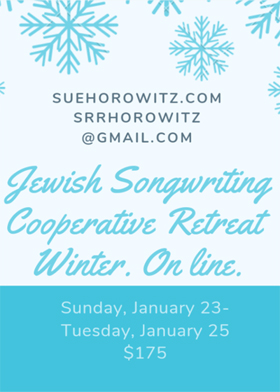 Sue Horowitz is a singer songwriter with a story to tell. Currently residing in Ithaca, NY, Sue is late bloomer to the craft (but not to performing!), Sue has a successful career as a Jewish touring artist with 3 albums of original music, is consistently a featured artist at national conferences, and serves congregations and communities all throughout the US in prayer and song. She has had her songs included in multiple publications and compilations that have reached thousands, and she is in regular rotation on Jewish Rock Radio. An avid student of the magical confluence of music and lyrics, Sue leads songwriting workshops and is the founder and facilitator of the Jewish Songwriting Cooperative Retreat.

Sue recently turned her interest to the folk singer songwriter genre, and her folk CD, "Notes From The Garrison", shows the influence of her songwriting heroes such as Harry Chapin, Pete Seeger, James Taylor and Dar Williams. Her new CD, "Strings, Wings and Curious Things" exhibits Sue's musical storytelling through a Folk-Americana lens. Although new to the genre, Sue was recently honored to have been featured in the DJ Showcase at NERFA following the release of this CD. Her authentic and intimate clear, strong voice and guitar work compliment her wise narrative songwriting.